Multidisciplinary Artist With An International Mindset 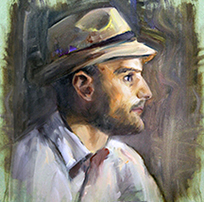 Ben Heine is a Belgian content creator, artist and journalist born in 1983 in Abidjan, Ivory Coast, currently living and working in Brussels, Belgium. He is best known for his original series “Pencil Vs Camera“, “Digital Circlism” and “Flesh and Acrylic“. He has a Master degree in Journalism completed at IHECS school of Journalism in Brussels. He also briefly studied History of Art, Painting and Sculpture at Hastings College of Arts & Technology in the UK. He is a self-taught person in drawing, photography and music. He also has over 10 years of work experience in communication and marketing. His artworks were exhibited in countless fairs and galleries in Belgium, Hong Kong, South Korea, the UK, Russia, Romania, The Netherlands, Italy, Germany, France, Canada, the US, Turkey, Brazil, and Spain. His works have been published in some of the most famous newspapers and magazines. Ben is an enthusiastic traveller, he loves discovering new cities and cultures, each one of them being a huge source of inspiration for his creative projects. Through his career path, Heine became the ambassador of famous brands such as Samsung and Mazda and he has worked for other clients such as Harbour City, Diesel, Turismo de Canarias, Semmel-Concerts, Kare Design, Moscow Planetarium, McCann Erickson, while still making time for personal projects. He started producing and composing music in 2012. A documentary about his work was released in 2012. Ben is married to Marta and they have two children. Ben’s father was a commercial engineer and his mother a choreographer and a dance teacher. 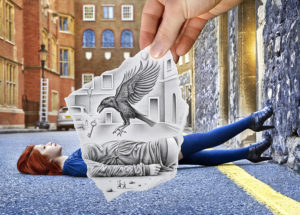 Pencil Vs Camera is an original visual concept invented and popularized by Ben Heine since April 2010. A new art form and the artist’s special trademark, it is also one of the most creative and powerful art concepts of the 21st century. The images in this series usually show a hand-drawn sketch held and photographed by the artist to infuse ordinary scenes with new surreal, visionary, or romanticized narratives. Ben’s visible hand represents the connection between the viewer, the artist and the artwork. Heine does not recreate photographs, but he reimagines them. In these images, he likes to tell a story and convey timeless messages using imagination, illusion, poetry and surrealism. His work is powered by a fearless positivity. An already beautiful-looking photo is enhanced with a sketch that adds a splash of satire and whimsy. Heine wrote: “I make art for people. I want them to dream and forget their daily troubles. Each new creation should tell a story and generate an intense emotion, like a poem, like a melody”. Starting with simple sketches, Ben brought major innovations to the concept in 2012 and 2013, adding colors and black paper or increasing the drawings’ size. Heine’s first Pencil Vs Camera’s images quickly gained popularity and received positive criticisms from specialized and influential art sites along with international opportunities for the artist. Since 2012, many smartphone applications emulate Heine’s Pencil Vs Camera’s style. Several other artists have also borrowed from Heine’s innovations to create variations of his Pencil Vs Camera. They say imitation is the highest form of flattery. The concept has also become popular in many primary and secondary schools worldwide. It is used to stimulate students’ imagination and encourage them to use new technologies and share their ideas. 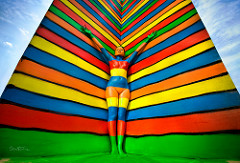 In this project started in 2011, Heine creates abstract acrylic paintings on large wooden panels. The artist blends a model with the background. The particularity of the project resides in the fact that a living person is integrated in the artwork and is part of the whole composition, becoming almost invisible. The end result is often very colorful, wild and eye-catching. Ben usually creates such artworks for public live performances in shopping malls or museums worldwide. In 2013, Ben made the “Black Stickers” series, a variation of “Flesh and Acrylic”. In 2015, the painted models also danced and moved during Heine’s performances. Later in 2015, Heine started using mannequins in addition with living persons, this allowed him to spend more time on each creation. Since 2016, his own music is often broadcasted during his public live performances.

Digital Circlism: Portraits of Celebrities Made with Circles 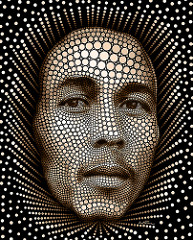 In this series started in 2010 and through the use of graphic softwares and a whole lot of creativity, Ben recreates iconic faces from history and pop culture with flat circles of various sizes and colors, in order to give them a dynamic and 3-dimensional appearance. Heine defines it as a synthesis of Pop Art (art including imagery from popular culture) and Pointillism (painting technique that uses small, distinct dots of pure color). In this series, Heine updates the pointillism school of art by making the “points” actual recognizable circles with which he creates portraits of pop icons and others. Heine’s circle technique adds a symbolic significance to the subjects portrayed. “These portraits are as striking as posters struck from the iconic Alberto Korda photo of Che, but suddenly re-conceived to be projected upon the infinite cyberwall of digital space, a sort of modern stained glass artworks. Each portrait requires between 100 to 180 hours of work to be completed. The artist explained his workflow in an interview for Adobe Photoshop. In 2015, Heine collaborated with Mazda to create a circle design showing a giant lion’s face on the hood of a Mazda 3 car, the result was exhibited at the Brussels Affordable Art Fair. Many of Ben’s circle portraits have unfortunately been copied, stolen and plagiarized in various countries around the globe. 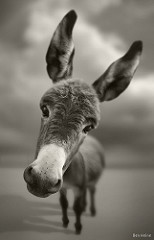 Heine has been interested in painting and drawing since an early age. He wrote: “Drawing was my initial obsession and my first love, because it’s easy to carry a pencil and a piece of paper. I used to draw all the time, everywhere. I needed to draw to express my emotions. Painting was the transition between drawing and photography and I’m now into something different”. Heine has always developed his drawing techniques. His interest to illustration led him to create the series Pencil Vs Camera in 2010. He eventually added photography to his repertoire because it empowers him to create images that are more dramatic, precise, and realistic than most paintings or illustrations. There are other less known series in Ben’s photographic work such as the “Double Landscapes“, “Wild Animals Downtown” or “Black Stickers” pictures, among others. When editing his pictures, Ben removes all the imperfections and improves the lights, tones, colors and composition. These are the cameras and lenses Ben has used used: Canon: Canon EOS Mark II. Canon lens EF 70-200mm f/4L IS USM. Canon lens EF 24-105mm f/4L IS USM. Samsung: Samsung NX10, NX11, NX20, NX200. Samsung lens 50-200mm f 4.0-5.6 ois. Samsung ifunction lens 20-50mm f 3.5-5.6. LG G2 smartphone camera. Sony Xperia Z1 smartphone camera. Samsung S7 Edge Phone. 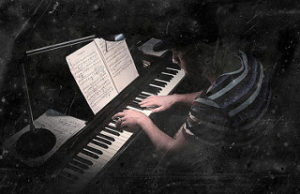 An aspiring musician with an unmolested love for electronic music, Heine plays drums and the piano. He started creating electronic music, writing songs, singing and composing in 2011. Heine wrote: “Music is more powerful than graphic art”, a startling confession for an artist whose claim to fame is a non-musical endeavor. His love for music marries well with his love for visual art, “It complements my graphic work and it helps me to grow as a graphic artist too” Ben said. He owns a professional studio since 2012. Heine usually mixes and edits his sounds inAbleton Live. He is currently mainly interested in progressive, melodic house and lounge music. Since 2014, he also collaborates with other musicians and singers. In 2015, Heine music was played for the first time at Moscow Planetarium and other well known venues in several Russian cities. According to press reports, the fact that he made the musical accompaniment of his own exhibitions made them even more singular.